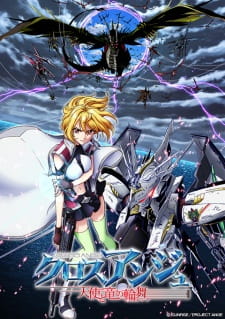 Angelise Ikaruga Misurugi is the first princess of the noble Misurugi Empire. The kingdom has seen great power and prosperity due to the advancement of the revolutionary technology known as "Mana," an abstract bending of light that has reduced the world's problems of war and pollution to a timeless peace. However, not all are blessed with the ability to wield Mana. Those who cannot are labeled "Norma," outcasts of society who are considered a threat to civilization and live under constant persecution, and Angelise herself is one of many who want the Norma exterminated. But as Angelise's sixteenth birthday commences, it is discovered in a shocking revelation that she is actually a Norma. Chaos ensues, the public is outraged, and the once adored princess is exiled to Arzenal: a remote military base where Normas are forced into conscription. Now, the former royal must adapt to a harsh and vastly different lifestyle; piloting mechanical robots known as "Paramail" to fend off large, devastating beasts referred to as DRAGONs. However, a sinister truth about these savage creatures threatens to change everything. [Written by MAL Rewrite]